There are two kinds of Galettes in France. The one you will see the most (and the one we prefer) is made out of layers of puff pastry filled with almond cream (frangipane). The other (popular in the South) is a circular yeasted cake with colorful and candied fruit. Over the past few years, it seems that, because it has become really popular and lucrative, the period of availability for those galettes keeps getting longer. 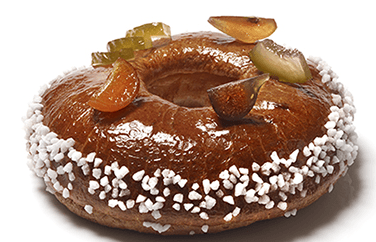 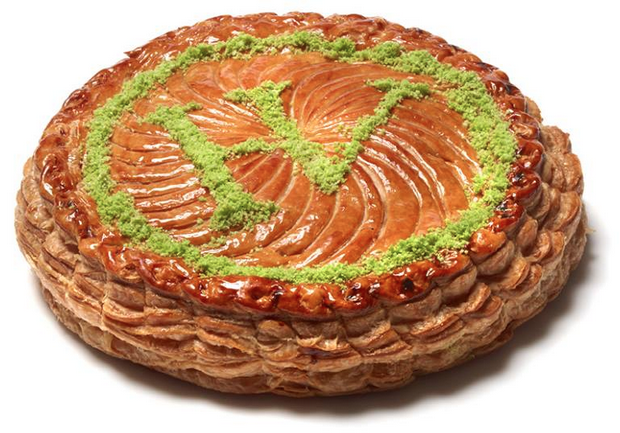 Every galette comes with a crown and a féve (bean) baked into the filling. The person lucky enough to get the féve, gets the crown, and is therefore named King for the day. Originally the trinket was a bean. In the 19th century, the bean was replaced by porcelain trinkets, and now they come in all shapes and materials. It is not unusual for kids to collect them. As for the filling, some pastry shops have become creative and have added hazelnut, pistachio, chocolate, or rose. We suggest you try the original one.

If you want to attempt making it at home, here is a recipe from David Lebovitz.