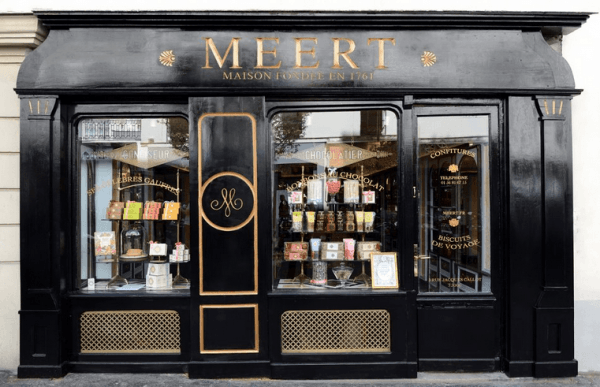 Meert - The elegant and delicate waffles from Lille

The famous shop in Lille opened its doors in 1761, but it wasn't until 1849 that Mr Meert took charge. His creativity led him to turn the traditional waffle (gauffre in french) into a flat waffle filled with sugar, butter and vanilla from Madagascar. Today, the recipe is still unchanged. In 2004, another flagship product has appeared beside the traditional vanilla waffle, the EphéMeert collection: a box of 6 delicious waffles with flavors based on the seasons. De Gaulle and Churchill were big fans of this famous "gauffre". 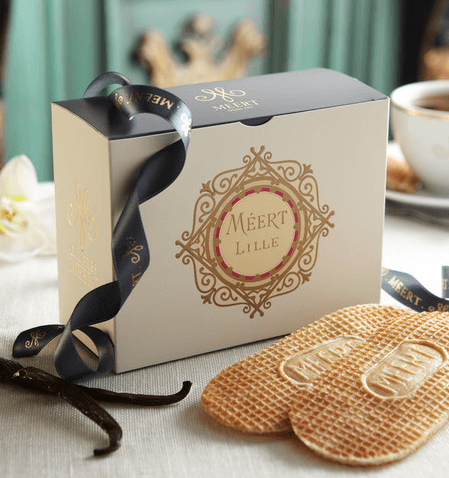 The famous gauffre
©meert Meert is worth a visit if you are a fan of refined and surprising flavors such as pistachio and morello cherry flavors, meringue lemon waffles, chocolate and bitter orange waffles or coconut and sequined chocolate waffles. 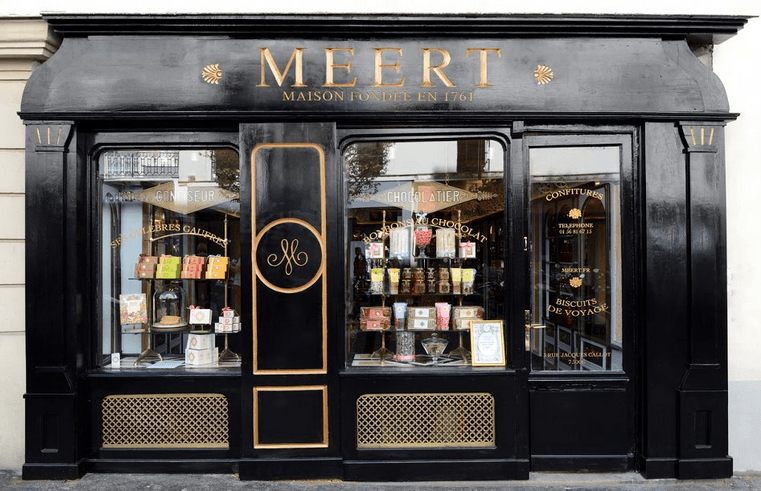 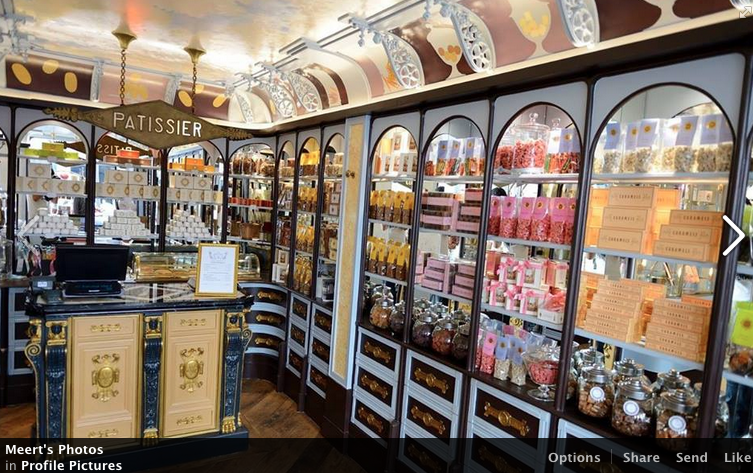 ©meert Don't worry, you won't have to take a day trip to Lille to relish those sophisticated gauffres, since they opened a new store in Saint Germain last March, five minutes walking distance from our hotel. The little shop is full of charm with its old 19th century decoration. They also have another store in the Marais area. We suggest that you eat them right after buying them. Here is an idea that we know you will enjoy: buy two gauffres, devour the first one and then go and sit right across the street at the café La Palette. Have a tea or a coffee, and savour the next gauffre in a true parisian café. La Palette is popular for its large terrace. The restaurant's façade and interior of the second salon are registered as historic monuments.