August is a quiet month in Paris as the Parisians leave town for the month.  Many restaurants and shops are also closed for one or two weeks. Museums also rarely have exhibitions going on during that month. We compiled a list of art exhibitions and cultural events happening in Paris in August. Olafur Eliasson Until October 30th Chateau de Versailles Every summer the Chateau de Versailles invites a contemporary artist to create an artistic installation within its grounds.  After Jeff Koons in 2008, Xavier Veilhan in 2009, Takashi Murakami in 2010, Bernar Venet in 2011, Joana Vasconcelos in 2012, Giuseppe Penone in 2013, Lee Ufan in 2014 and Anish Kapoor in 2015, Danish contemporary artist Olafur Eliasson has been given free rein from June 7th to October 30th, 2016. Eliasson is known for his large-scale installations that explore light, perception and environmental issues. 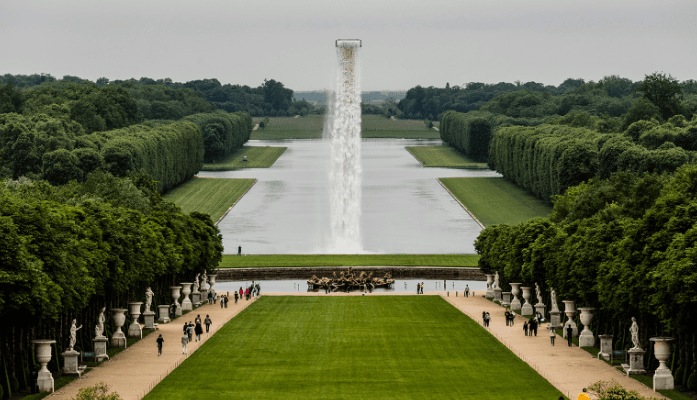 The artist has taken over the gardens, transforming the waterways with three misty installations: “Waterfall”, “Glacial rock flour garden” and “Fog Assembly” and has also made several architectural interventions indoors. The Fountains Night Show Every Saturday until September 17 Chateau de Versailles When night falls, the gardens are transformed to offer a stunning visual and musical treat as fountains and groves come alive with colorful and dramatic lighting effects. A fireworks display in front of the Grand Canal concludes the evening’s entertainment.

Daniel Buren Until end of 2016 Fondation Louis Vuitton The French contemporary artist Daniel Buren, known for utilizing color and shapes in site specific works, has revamped the Foundation Louis Vuitton. Designed by the architect Frank Gehry, the Foundation was built to hold the collection of modern and contemporary art of Mr Bernard Arnault, chairman of LVMH, and as a center for artistic creation. 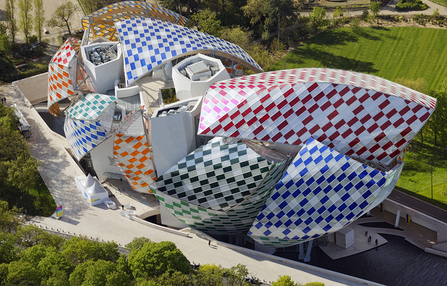 Albert Marquet Until August 21st Musée d’Art Moderne de Paris The Musée d’Art moderne is commemorating Albert Marquet (1875–1947) with a major monographic exhibition of over one hundred paintings and drawings, some of them being shown in France for the first time. 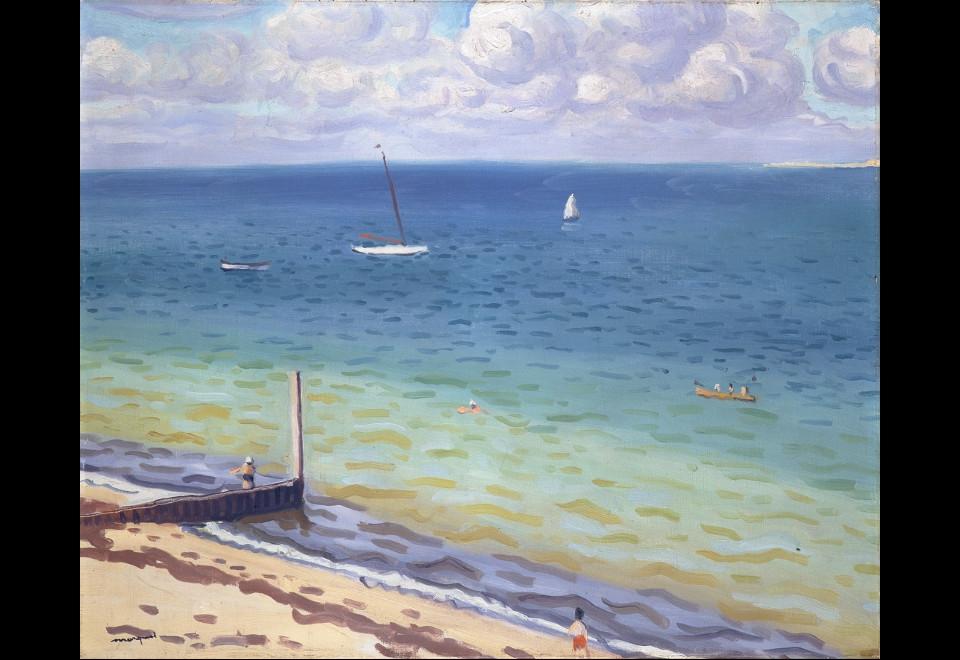 The chronological and thematic layout of the exhibition allows viewers to rediscover an artist who defies pigeonholing, and who evolved with the movements of his time – from Post-Impressionism to Fauvism – without ever losing his stylistic independence.Note that the MAM also has other exhibitions in its space. You can check the details on their website 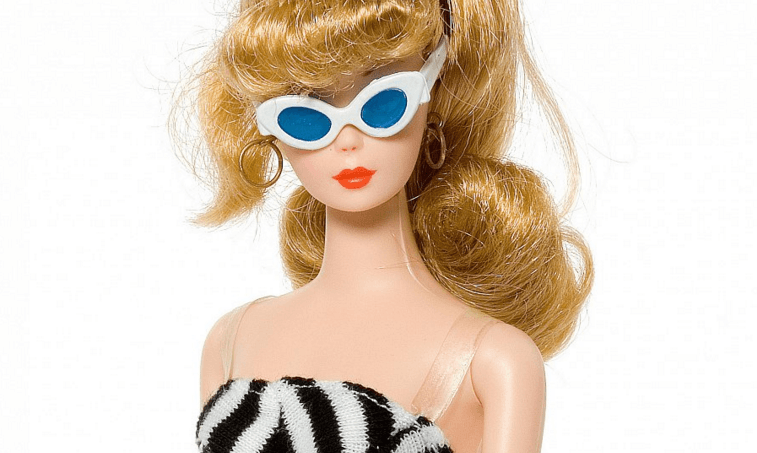 The musée des Arts Decoratifs is dedicating an exhibition to Barbie. Born in 1959, by the time Barbie turned 50, in 2009, Mattel had sold more than 1 billion copies of the doll. Besides being a toy, Barbie has been a true reflection of change of morals in our society. First representing the American way of life, she then became more universal, adapting to social, political and cultural changes. Fashion designers have also created some of the most extravagant and elegant clothes for the doll. The exhibition brings together about 700 Barbies. Fashion forward-Three centuries of fashion (1715-2015) Until August 14th Musée des Arts Decoratifs 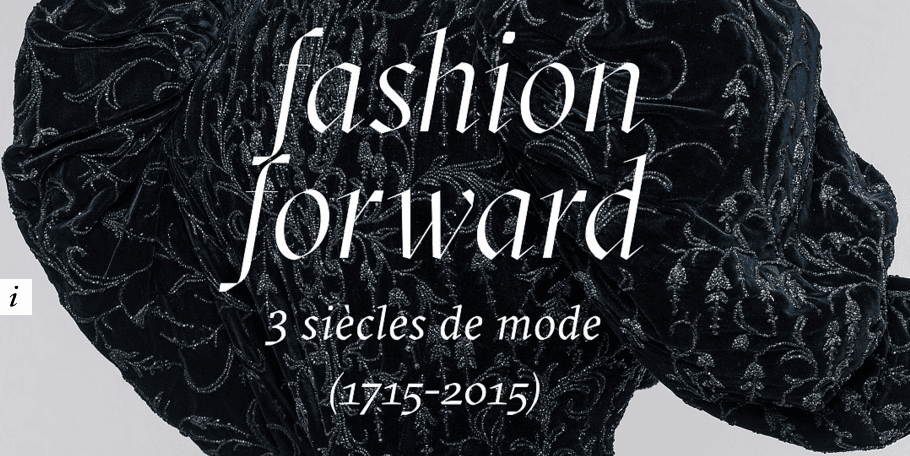 The musée des Arts Decoratifs is celebrating the thirtieth anniversary of its fashion collection. The museum’s fashion collection now comprises more than 150,000 works, ranging from ancient textiles to haute couture creations and emblematic silhouettes of ready-to-wear fashion, as well as accessories, photographies and sketches. For this exhibition, the curator has selected 300 items of men’s, women’s and children’s fashion highlighting the key moments in fashion history from the very late 17th century to the most contemporary creation. The selected pieces will be shown for the first time in the museum’s nave. ‟Fashion moments” will be recreated in its human, artistic and social context, via ellipses illustrating fashion’s constant elective affinities with the decorative arts. Each of these moments is enhanced by a unique collaboration with the dancers of the Opéra de Paris. The musée des Arts Decoratifs and Pamela Golbin, the Chief Curator of Fashion and Textiles, never dissapoints, trust us on that one!

Picasso Sculptures Until August 28th Musée Picasso The exhibit aims to examine an understudied aspect of Picasso’s sculptural works. This aspect is the diversity of dimensions of the artist’s sculptural work constructed through his series and variations, cast iron creations, prints, and photographic enlargements, realized in a selection of his original sculptures. 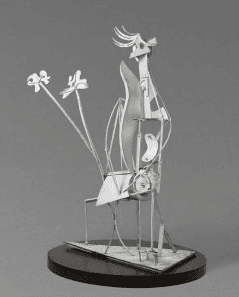 Musée Picasso Open from Tuesday to Sunday : 9:30am to 6pm Closed on Mondays (including Holidays) 5 rue de Thorigny 75003 Paris http://www.museepicassoparis.fr/ 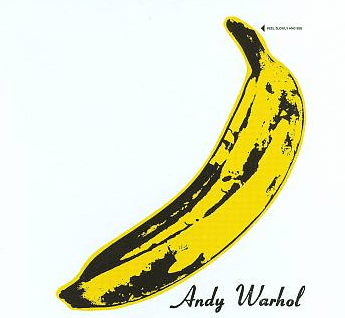 Jacques Chirac or the Dialogue of Cultures  Until October 9th Musée du Quai Branly The exhibition paints a cultural portrait of former French President Jacques Chirac who founded this museum.  You will go through more than fifty dates that connect French, European, and world political and cultural history with both the professional and personal positions and choices of the politician. There are about 200 work of art from public and private collections. 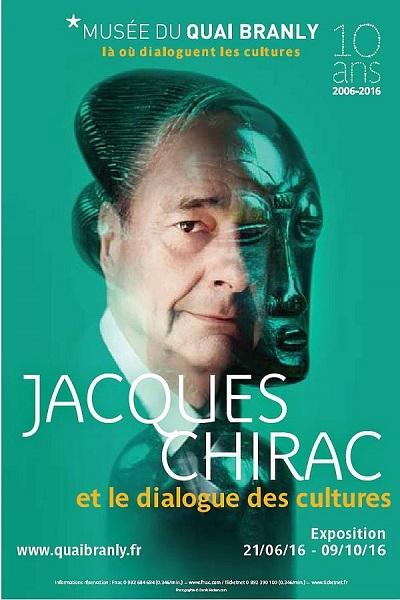 Persona Strangely Human Until November 13th Musée du Quai Branly How does the inanimate become animate? How do people establish an unusual or intimate relationship with objects? A group of anthropologists addressed these issues, at a time when our ideas of the human being are vacillating and the borders are continually being pushed back. 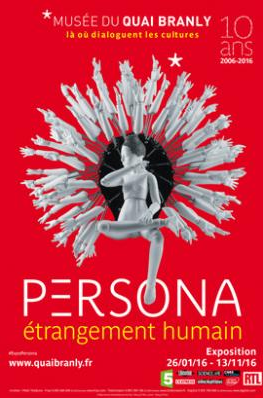 Anatomy of a collection Until October 23rd Palais Galliera Who wears what? This is the question put by the Palais Galliera’s Anatomy of a Collection exhibition. Ranging from court wear to work overalls and from celebrities to unknowns, the exhibition draws on the Galliera collection for around a hundred garments and accessories illustrating fashion from the 18th century to the present day. 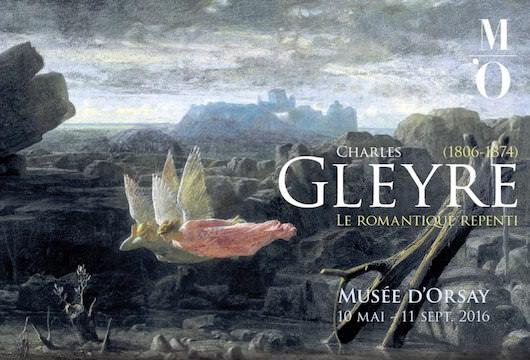 Josef Sudek Until September 25th Jeu de Paume This exhibition is the first to revisit the life and work of Josef Sudek (1896 - 1976) within its sociogeographical and historical context: Prague during the first half of the twentieth century, at a time when the Czech capital was a veritable hub of artistic activity. The exhibition features a selection of 130 works spanning the totality of Sudek’s career, from 1920 to 1976. 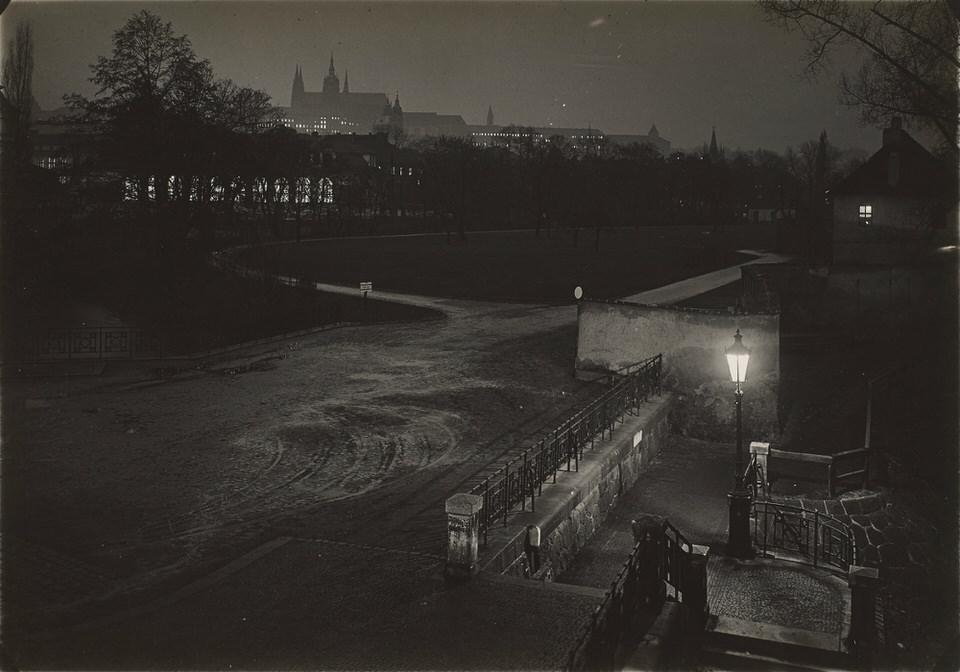 The great animal orchestra Until January 8th, 2017 Fondation cartier pour l’art contemporain This exhibition invites the public to enjoy an aesthetic meditation, both aural and visual, on the animal kingdom. 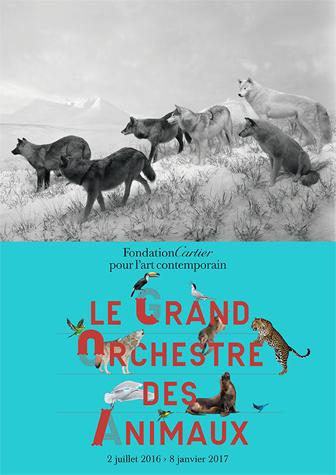 ’The Great Animal Orchestra’ is an exhibition inspired by the work of American musician and bioacoustician Bernie Krause. In the words of the Fondation Cartier director: “it is a show to be lost in. It’s like a promenade, like a landscape with different valleys, different hills. You walk, you think —it inspires vagabondage. “This is a show about beauty, pleasure, the mysteries of nature—and it is also about knowledge, but not in a didactic way.” The show featurs works in various media by artists from Asia, Africa, the Americas, and Europe, (Chinese gun-powder master Cai Guo-Qiang, photographer Hiroshi Sugimoto, filmmaker Agnès Varda, British collective United Visual Artists, and Congolese painter JP Mika). Krause has traveled widely, collecting thousands of sound recordings of natural habitats both terrestrial and marine which have helped form the basis of new scientific disciplines.

Paula Modersohn-Becker Until August 28th Musée d’Art Moderne de Paris It is France's first monographic exhibition of the work of German painter Paula Modersohn-Becker (1876–1907), a major modern art figure. Despite a short ten year career, this artist has left us an extremely rich legacy, revealed in this exhibition by some one hundred paintings and drawings. 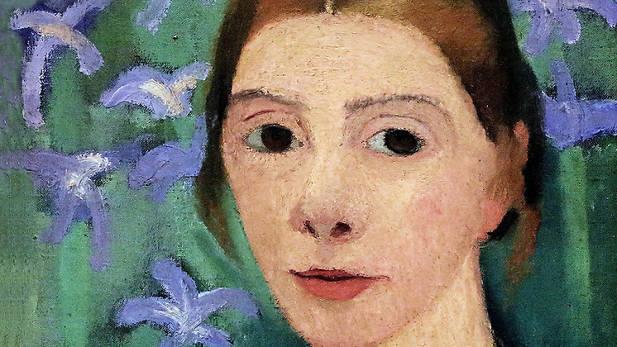 Eugen Gabritschevsky Until September 18th Maison rouge This exhibition is the first major showing in Paris of the work of Russian artist Eugène Gabritschevsky (1893-1979). The show charts the journey of the artist whose promising scientific career was interrupted by severe mental illness, and saw him institutionalized for much of his life. Over the course of three decades, Gabritschevsky created the bulk of his body of work, in silence and in solitude. 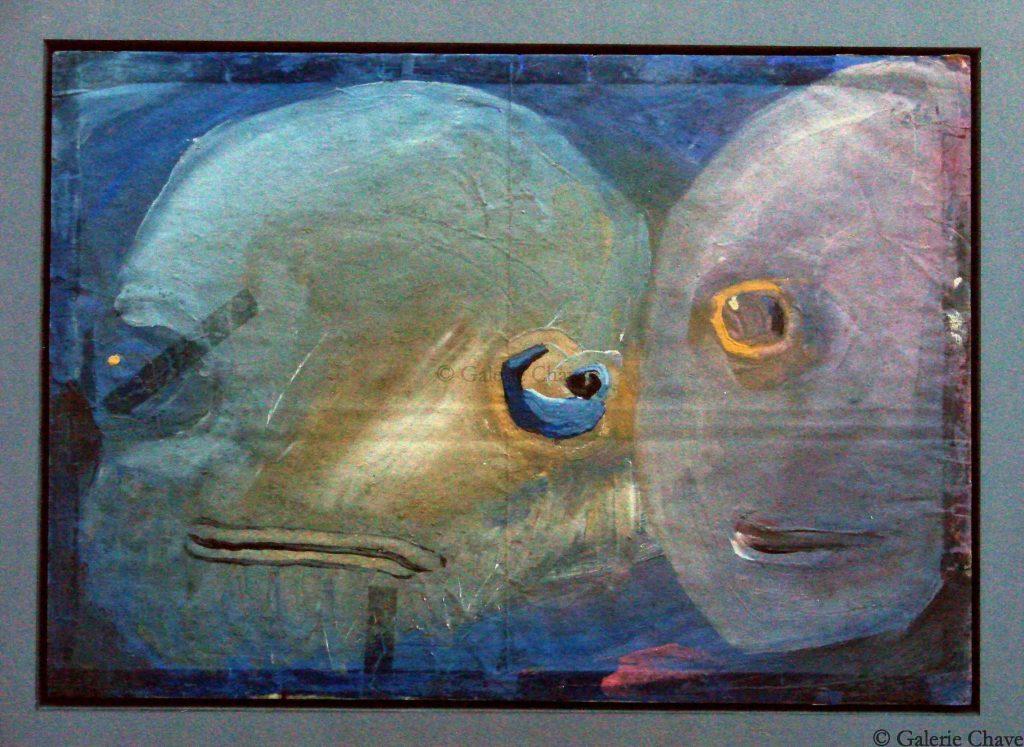 Oriental Gardens Until September 25th Institut du monde arabe The exhibition retraces the history of Oriental gardens in five parts from earliest antiquity to the most contemporary innovations, from the Iberian Peninsula to the Indian subcontinent. The exhibition itinerary comprises 300 works of art. 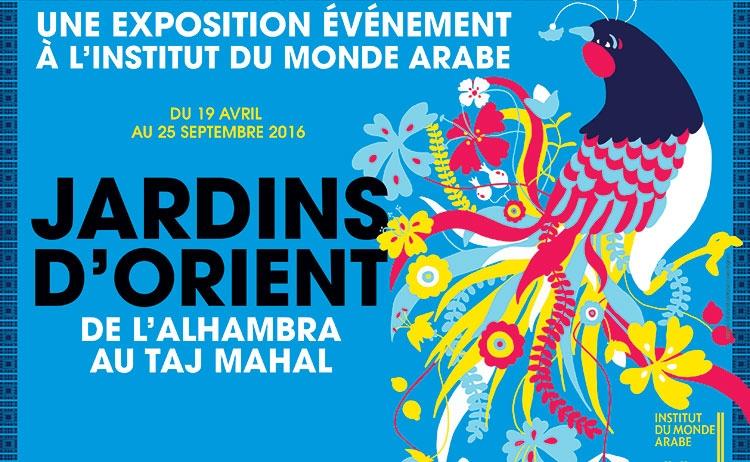 Tour St Jacques Until September 25th Climb the 300 steps up the remains of a 16th century church: the St Jacques tour for a unique view on the river bank.  The tour is usually closed to the public and the one-hour visit is only available by reservation and in French. 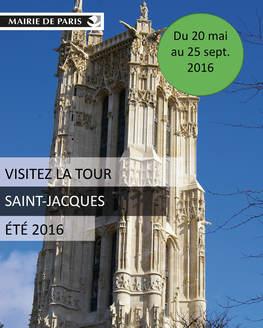 Note that the steps are really steep and it is not recommended for claustrophobic people.

Fun Fair Until August 22nd Jardin des Tuileries Located next to the Louvre, in the Tuileries gardens, the Tuileries fun fair runs in July and August and has about sixty attractions including: shooting games, hook-a-duck game, ferris wheel, a scary fun-house, bumper cars, a merry-go-round with authentic wooden horses, a twisty slide, and also special rides for thrill-seekers that sends you up 140 km per hour…  It is a great place for adults and kids. 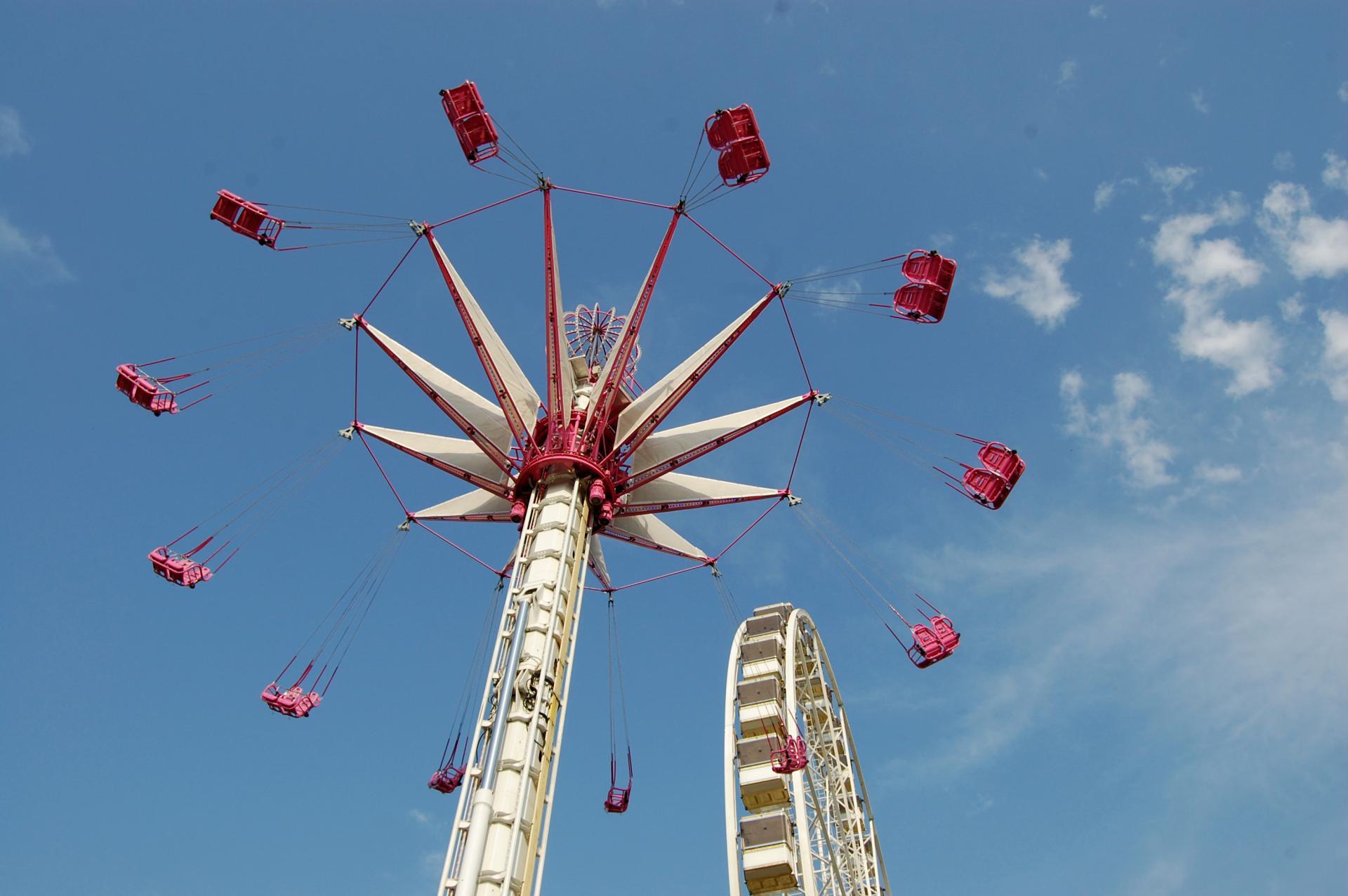