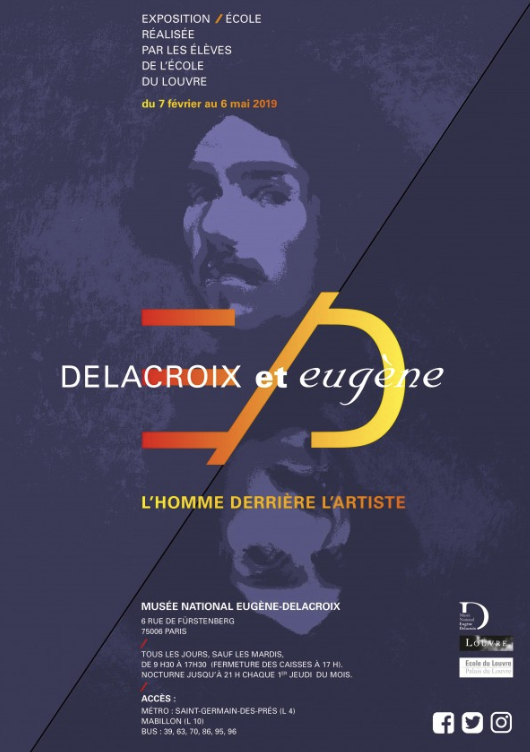 For the first time, ten students from the Ecole du Louvre were invited to imagine an exhibition at the Eugène-Delacroix National Museum. This project was an opportunity to question the less known facets of the artist and bring a new look at the collection. 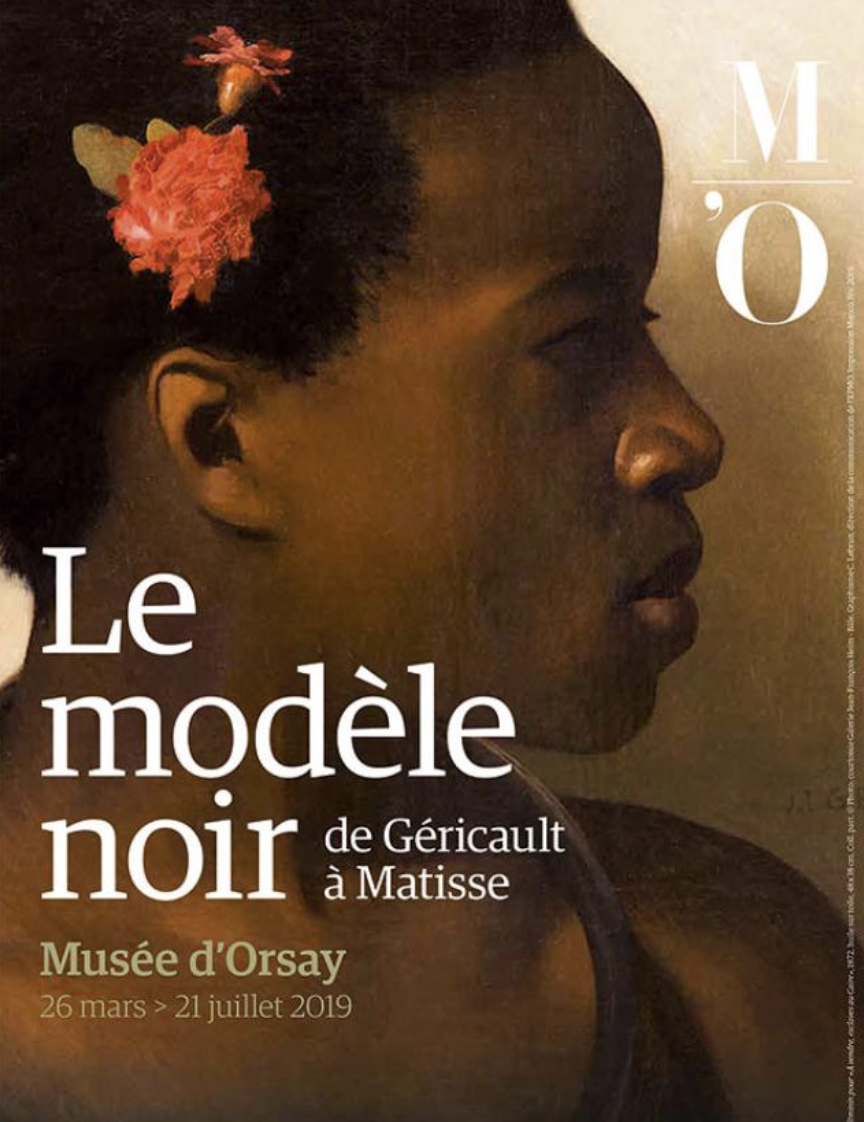 Taking a multi-disciplinary approach that combines the history of art and the history of ideas, this exhibition explores aesthetic, political, social and racial issues as well as the imagery unveiled by the representation of black figures in visual arts, from the abolition of slavery in France (1794) to the modern day. 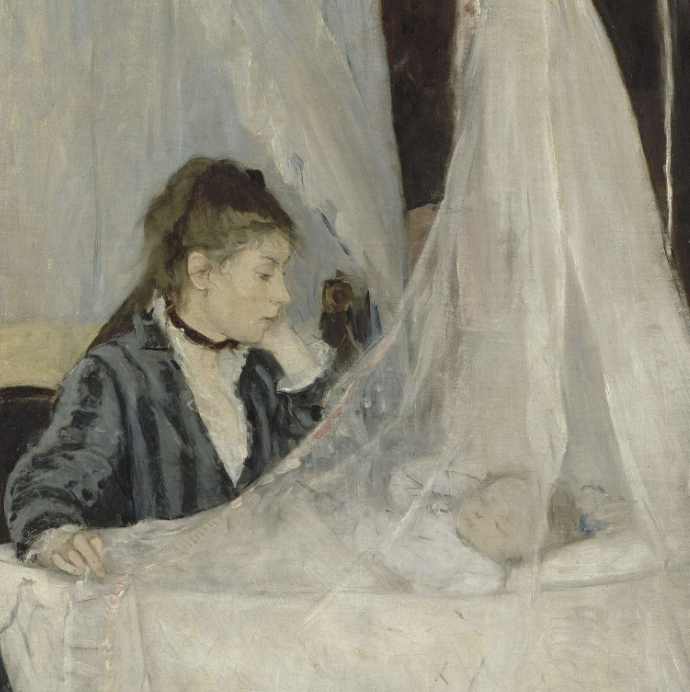 A leading Impressionist figure, Berthe Morisot remains to this day less well-known than her friends Monet, Degas and Renoir. Yet she was immediately recognised as one of the group’s most innovative artists.

THE COURTAULD COLLECTION. A VISION FOR IMPRESSIONISM
February 20, 2019 to June 17, 2019   Fondation Louis Vuitton

The exhibition presents the collection of the English industrialist and patron Samuel Courtauld, one of the most significant collections of impressionist painters, gathered for the first time in Paris for 60 years. The exhibition demonstrates the extreme exigency and artistic commitment of Samuel Courtauld. It brings together 110 works - including 60 paintings, but also graphic works. Unique opportunity to discover some of the greatest French paintings of the late nineteenth century and early twentieth century (Manet, Seurat, Cezanne, Van Gogh, Gauguin).

THE COLLECTION OF THE FONDATION. A VISION FOR PAINTING
February 20, 2019 to August 26,2019   Fondation Louis Vuitton

The Fondation Louis Vuitton displays a new selection of 70 works from the collection and gathers 23 international artists from the 1960s to the present day around one main theme : painting.

This takes many forms: figurative or abstract, expressive or distanced. Relief pieces are contrasted with each other. Rooms devoted to Joan Mitchell, Alex Katz, Gerhard Richter, Ettore Spalletti, Yayoi Kusama and Jesús Rafael Soto alternate with thematic collections on abstraction, space and colour. The hanging shows the ways in which painting never ceases to reinvent itself and transgress its own rules, drawing on current techniques for reproduction. 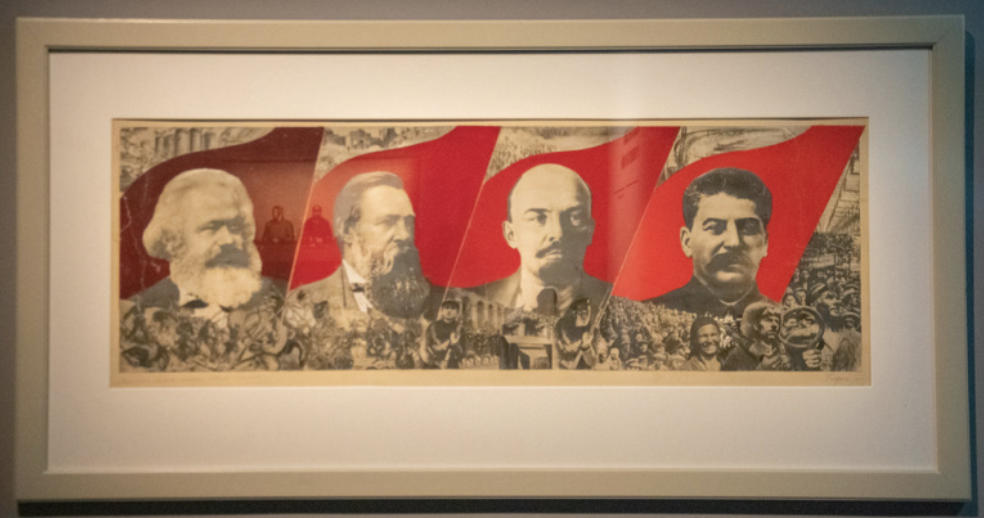 The Grand Palais pays homage to Soviet art. For this exhibition, major works have been loaned from major Russian museums and the Centre Pompidou. With the October Revolution in 1917, Russian society was completely turned upside-down and a new generation of artists emerged. This exhibition recounts the history of this new art movement and its tensions, momentum and its surprising developments, a reflection on art and politics.

On the occasion of the 50- year anniversary of the first human step on the Moon, this exhibition reveals the relationship that links humans with the moon.

From scientific exploration to artistic creation, this exhibition is a chance to find out the works of art and objects that have embodied the innumerable visions and feelings that the moon has inspired. 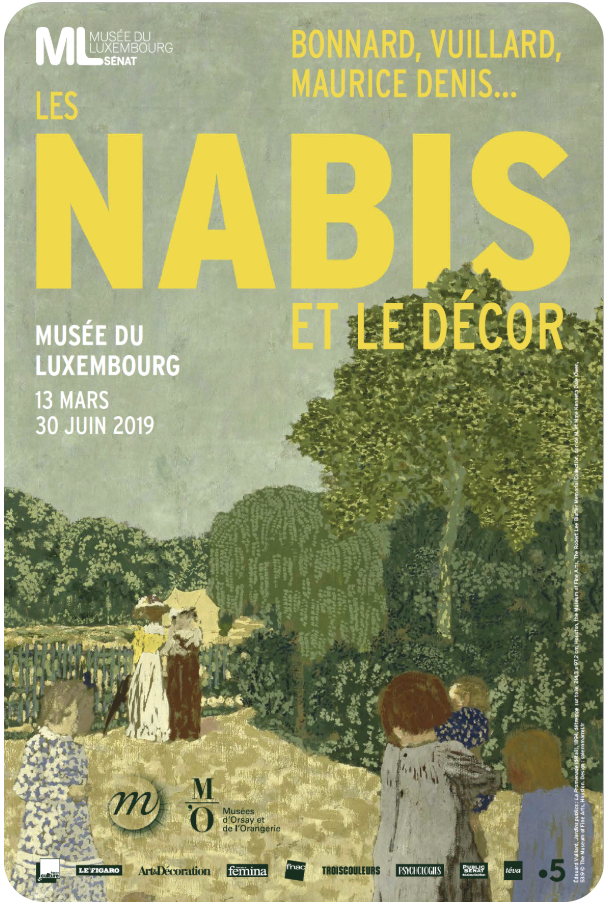 The contribution of the Nabis to the decorative arts, although vital, is still not well known. The question of the decorative as a fundamental principle of the unity of creation was established when the group formed in the late 1880s, by artists who wanted to break down the barrier between fine art and the applied arts.

True pioneers of modern decoration, Bonnard, Vuillard, Maurice Denis, Sérusier, Ranson and Vallotton defended an art form that was linked directly to life. They created original, joyous, rhythmic works intended to brighten up contemporary interiors, a reaction against the pastiche aesthetic that was then in fashion. 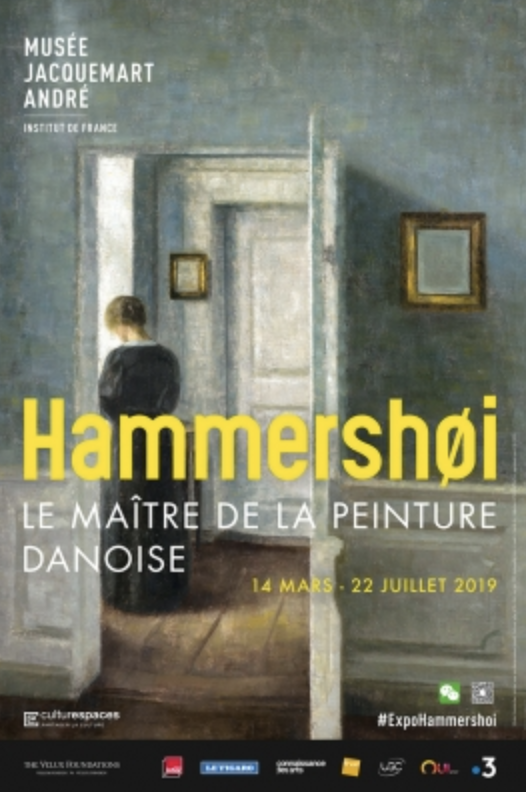 The Jacquemart-André Museum is organizing an exhibition dedicated to the great master of Danish painting, Vilhelm Hammershøi (1864-1916).

For the first time in 20 years, mysterious and poetic works of the painter will be exhibited in Paris. 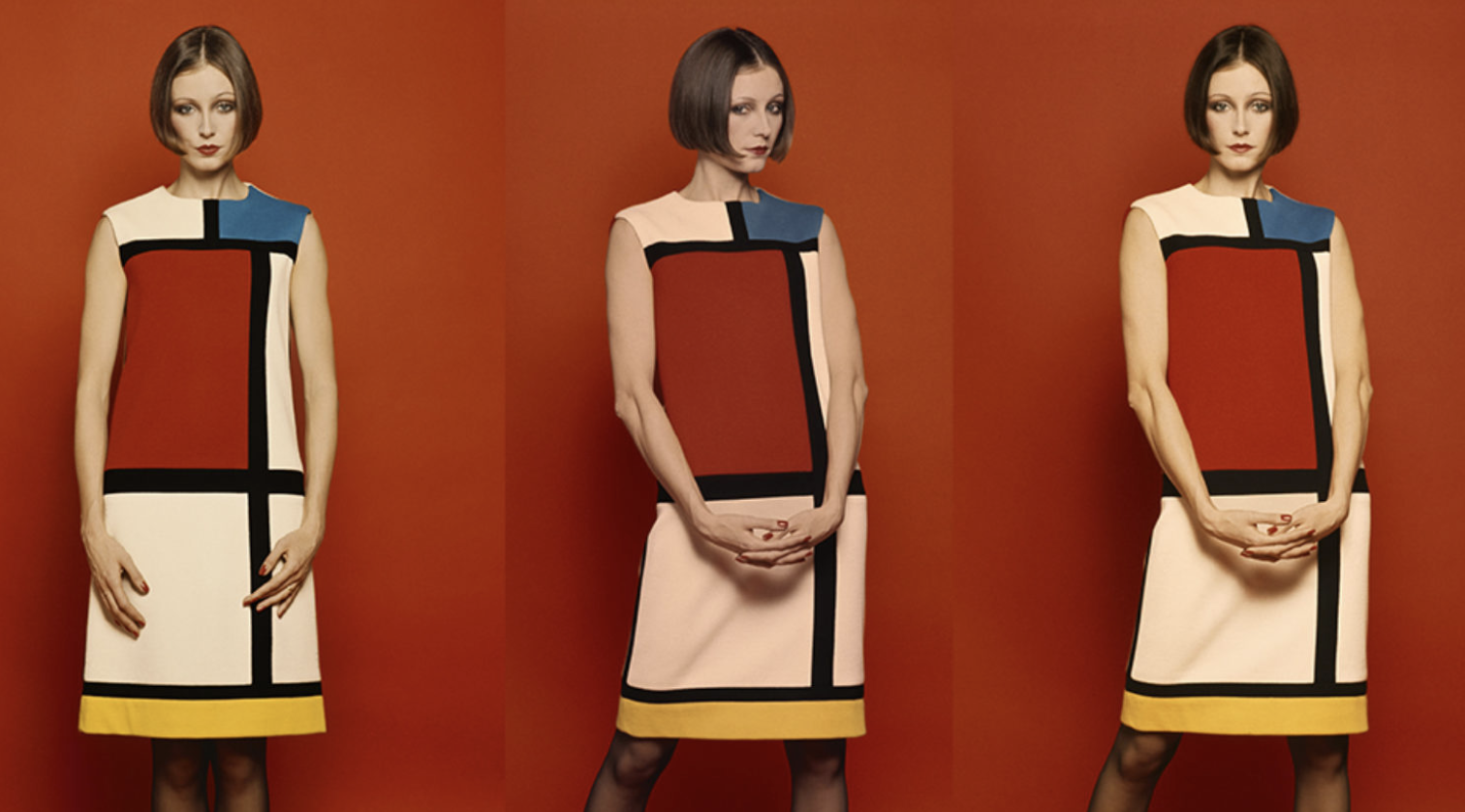 The Yves Saint Laurent Museum in Paris presents an unprecedented selection of fifty haute couture models with the highlighting of two major creations of the couturier: the Mondrian dresses (autumn-winter 1965), which marked the history of fashion, inspired by the Dutch painter, Piet Mondrian (1872-1944) and those made in collaboration with artist Claude Lalanne (autumn-winter 1969).

This first retrospective of photographs taken outside his native Italy by Luigi Ghirri (1943- 1992) focuses on the 1970s. It covers a decade in which Luigi Ghirri produced a corpus of colour photographs unparalleled in Europe at that time.

Throughout the 1990s, Florence Lazar (born 1966, Paris) worked primarily within the genre of photographic portraiture; by the end of the decade, however, she had begun to incorporate video into her practice. Her choice of a new medium coincided with her desire to respond, as an artist, to the on-going crisis in Yugoslavia. Family and social ties to the former Yugoslavia had seen her follow the crisis intensely since it had broken out a decade earlier.

For more than forty years, Sally Mann (born 1951) has been taking hauntingly beautiful experimental photographs that explore the essential themes of existence: memory, desire, mortality, family, and nature's overwhelming indifference towards mankind. What gives unity to this vast corpus of portraits, still lifes, landscapes and miscellaneous studies is that it is the product of one place, the southern United States.

This exhibition is the first major retrospective of the eminent artist's work; it examines her relationship with her native region and how it has shaped her work.

The exhibition by Marc Pataut (born in Paris in 1952) presents a corpus of around fifteen photographic series, some of which are being exhibited for the first time. The artist’s work explores the individual’s relationship both to themselves and to society. His pictures reveal faces, bodies, affiliations and life stories. Linked to specific sites and regions, his projects grow organically over long periods and are nourished by an accumulation of personal and collective experiences. 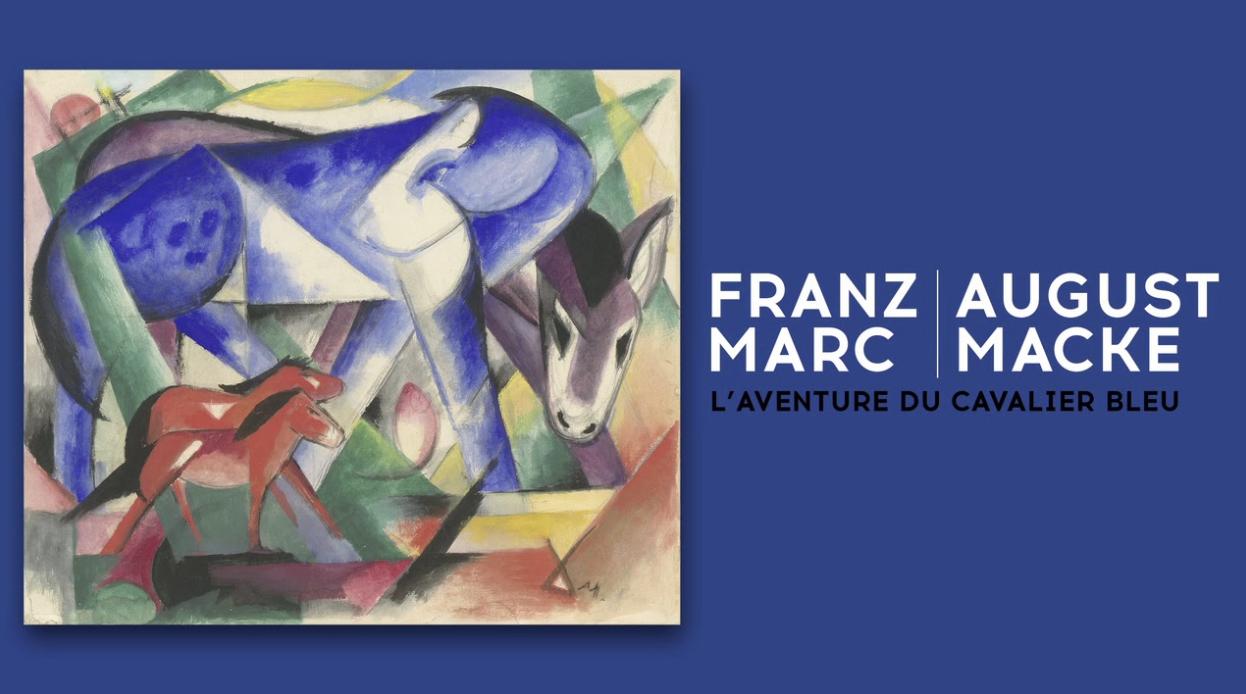 Alex Katz, the American figurative painter born in 1927, whose large-scale paintings are associated with Pop Art, has been producing landscapes since the 1950s. Based in New York, he works in summer in his studio deep in the Maine countryside, near a water lily pond. It was from this motif that he produced a series of paintings in homage to Monet’s Water Lilies.

A series of four to five very beautiful paintings will be displayed in the exhibition space of the Musée de l’Orangerie. 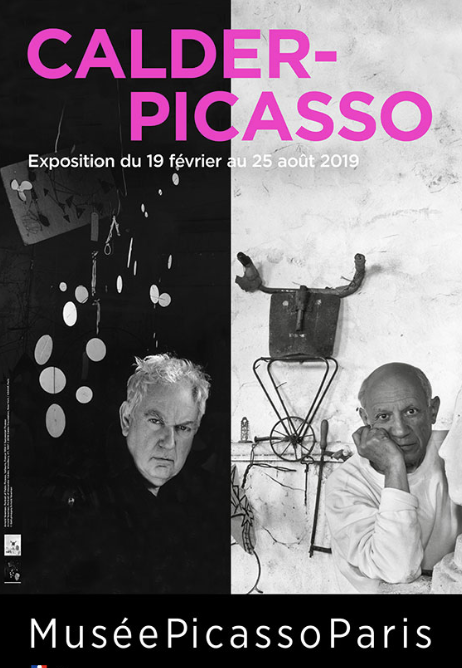 The exhibition presents about 120 works that allow us to study in an enlarged perspective how these two artists, each   in his own way, have dealt with this question of emptiness and challenged the movement of the masses. 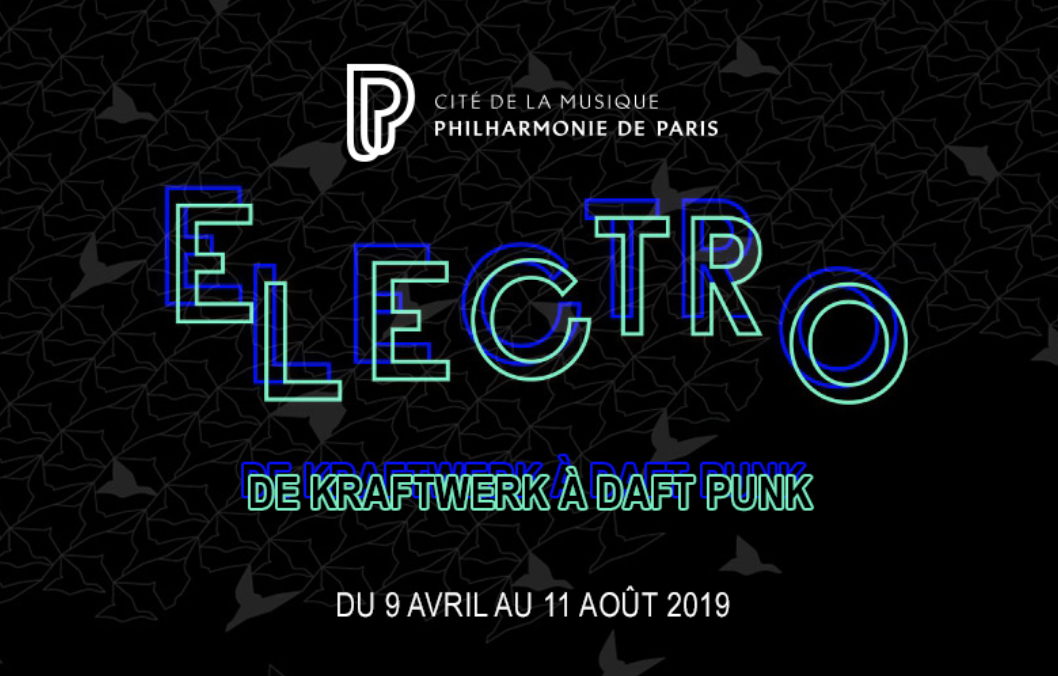 Set to music by Laurent Garnier, this exhibition traces the history of Electro, from the underground of   the 80s to mainstream today 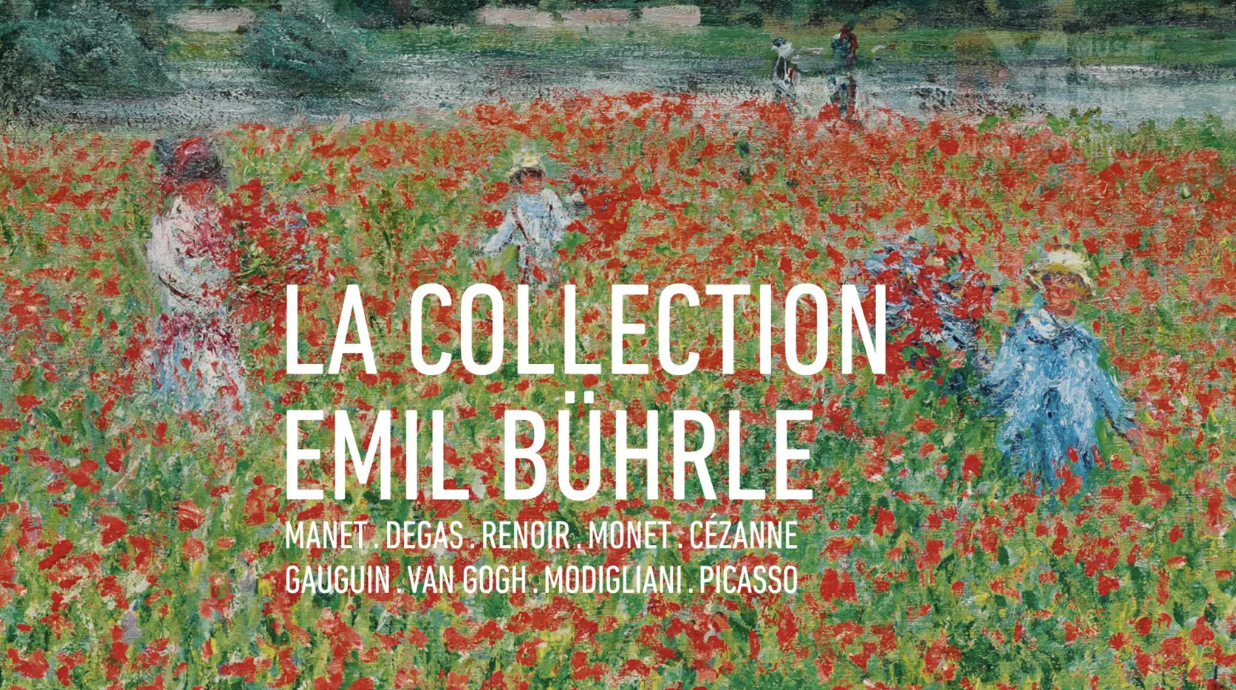 Renoir, Monet, Cezanne, Gaugin, Van Gogh or Braque are all names that make up the private collection of Emil Bührle. For the first time in France, visitors will have the opportunity to admire the works of this unique collection. 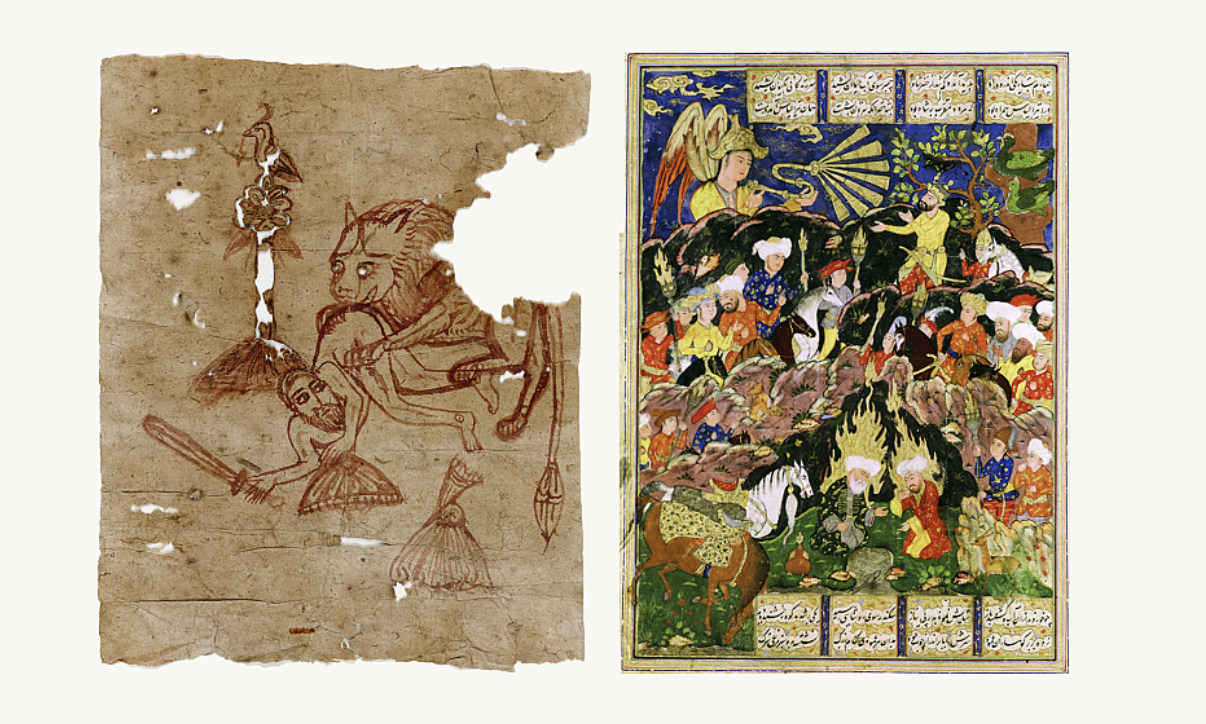 The drawings in the Arab world revive in the IMA of Paris thanks to the donation of Claude and France Lemand. Some of them exposed for the first time, have a very significant importance. 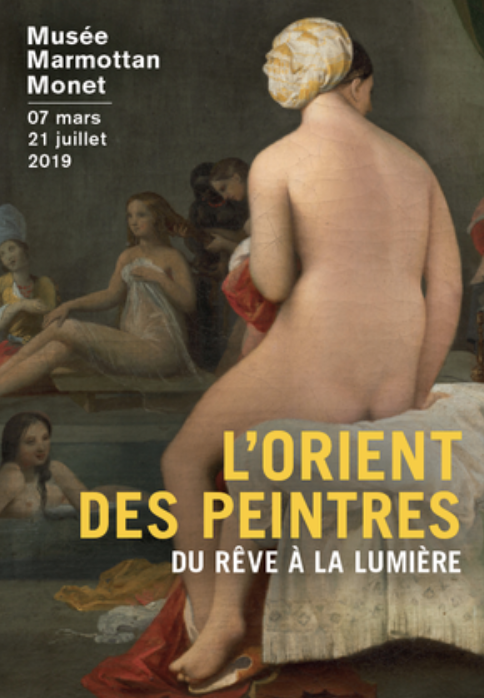 Following the journey devoted to Napoleon and his family, the museum Marmottan-Monet, brings together 50 paintings symbols of Orientalism and highlights the works of French painters who traveled to the Orient. 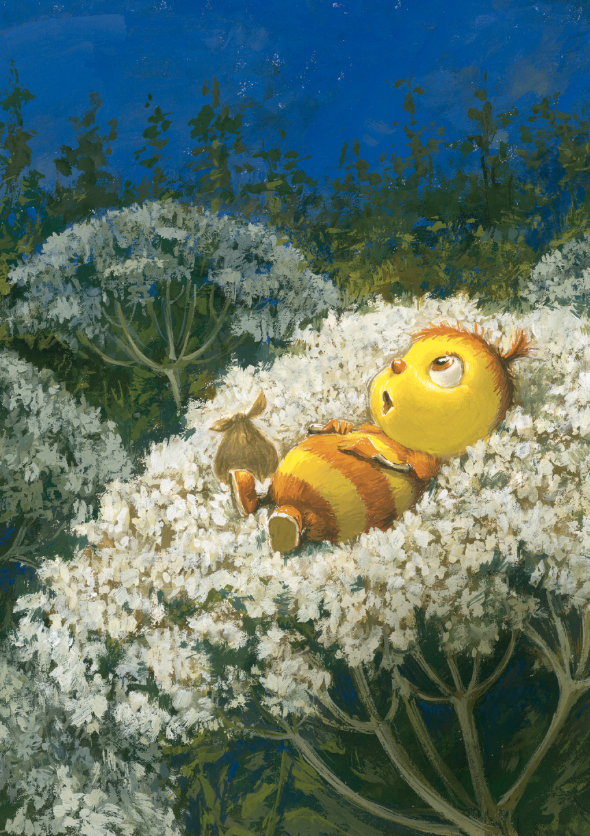 The Musée des Arts Décoratifs presents an exhibition dedicated to the series Les Drôles de Petites Bêtes created by Antoon Krings, a major artist-illustrator of children’s literature. It will bring together over 500 paintings, art objects, drawings and prints originating from both the museum’s collections and the artist’s personal collection, as well as loans from private individuals and cultural institutions.

The exhibition will be organized around five central themes: flora and fauna, the garden, the Arts & Crafts Movement, animals in literature and the audio-visual adaptation of the world of Les Drôles de Petites Bêtes. 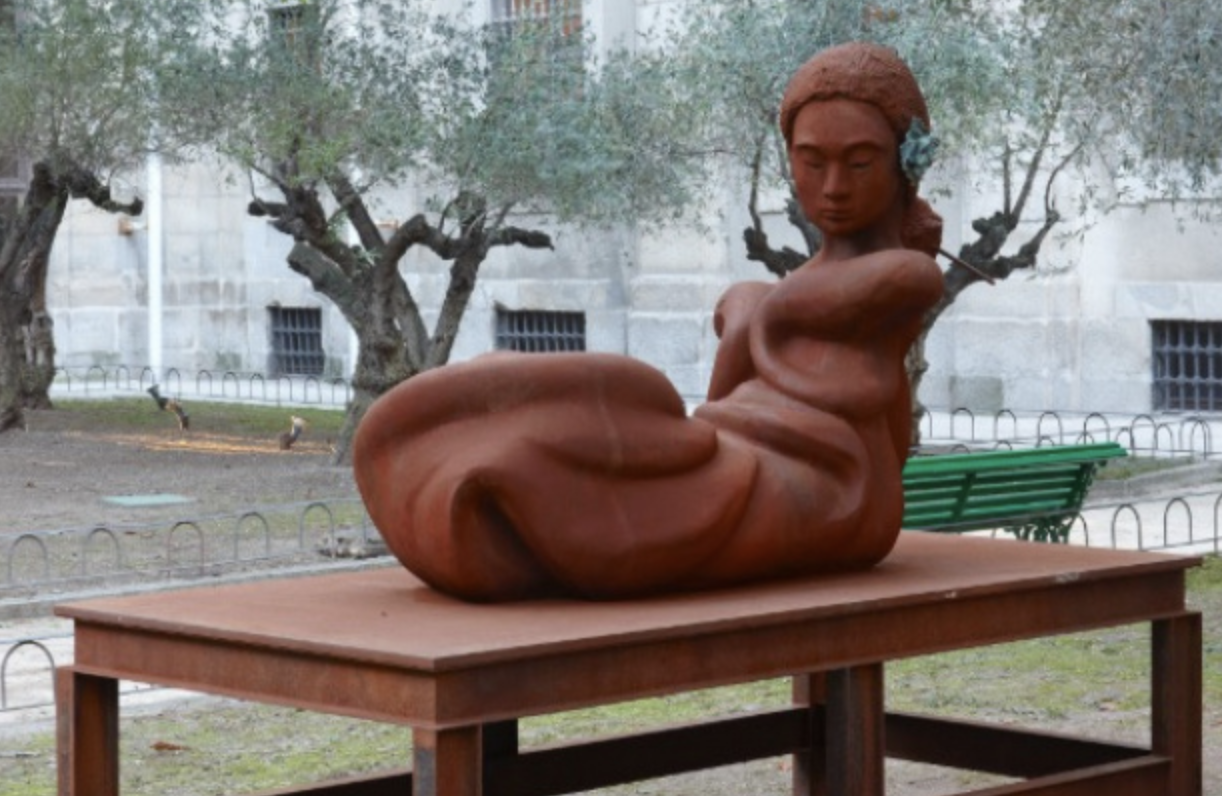 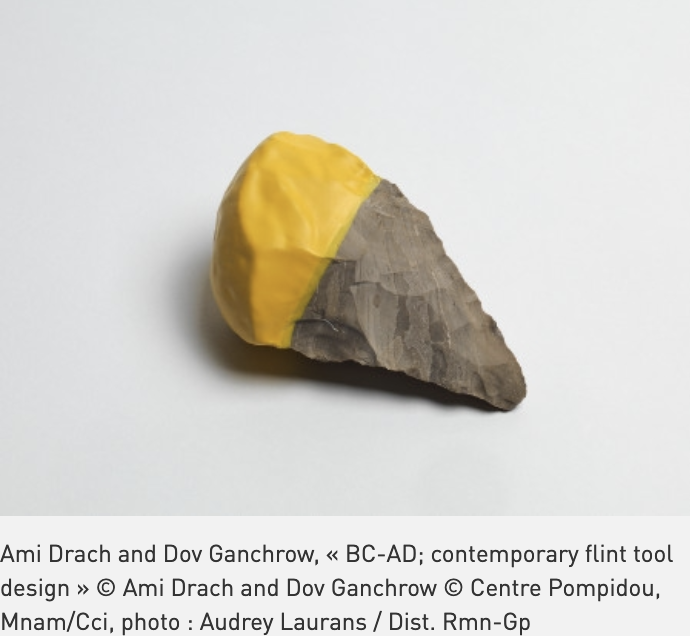 The Centre Pompidou is staging an original exhibition presenting the ties uniting prehistory with modern and contemporary art.
How, in the great period of crisis called «modernity», first artists, then society as a whole, felt drawn to their «origins» and how a fantasy vision was built up of «what preceded History». It reveals that some of the most important artists of the 20th and 21st century were haunted by the question of «prehistory»: Picasso, Miró but also Cézanne, Klee, Giacometti, Ernst, Beuys, Klein, Dubuffet, Louise Bourgeois, Marguerite Duras, Robert Smithson, and, among our contemporaries, Giuseppe Penone, Miquel Barceló, Marguerite Humeau, Pierre Huyghe, Dove Allouche,
and others. 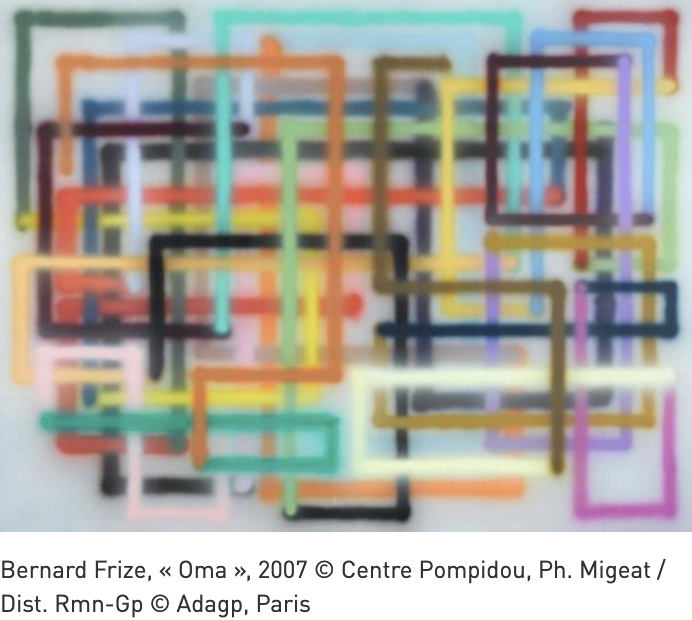 The Centre Pompidou invites French painter Bernard Frize (born in 1954) to take over the Gallery 3 space for a major exhibition of his works.
Some sixty artworks, from his beginnings in 1977 up until his most recent creations, reveal how Bernard Frize has been constantly questioning pictorial practices and the role of the painter for more than 40 years, condemning demiurgic gesture and creative ego in favor of a technical, banal, sometimes preposterous, and oftentimes absurd, process: «With unreason, without effort, with system, without system, with mastery, without stopping»… 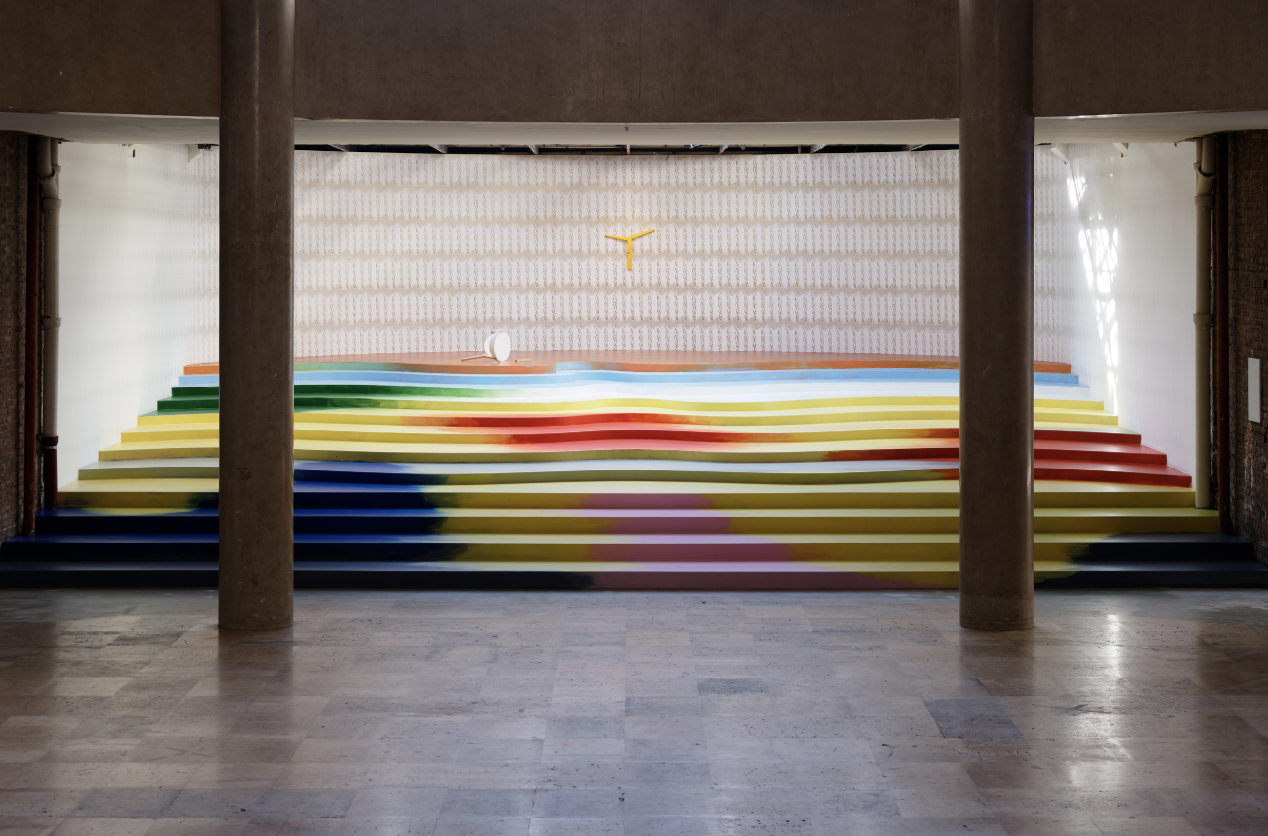 The French sculptor who deforms the objects of our daily environment to question us about their functions, invests the Palais de Tokyo until May 15th. Perplexity will give way to reflection in the halls of the museum. 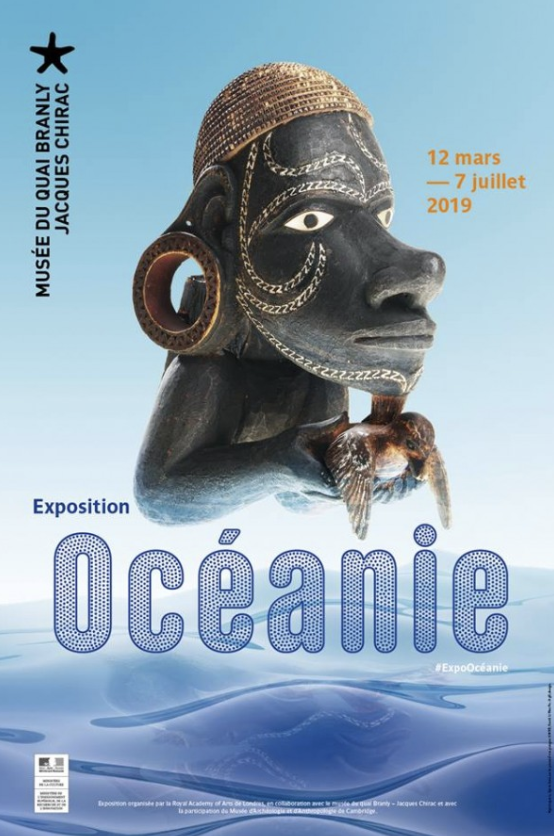 This exhibition honor over 200 works and objects from the Pacific Islands, to learn more about the evolution of the continent's cultures. 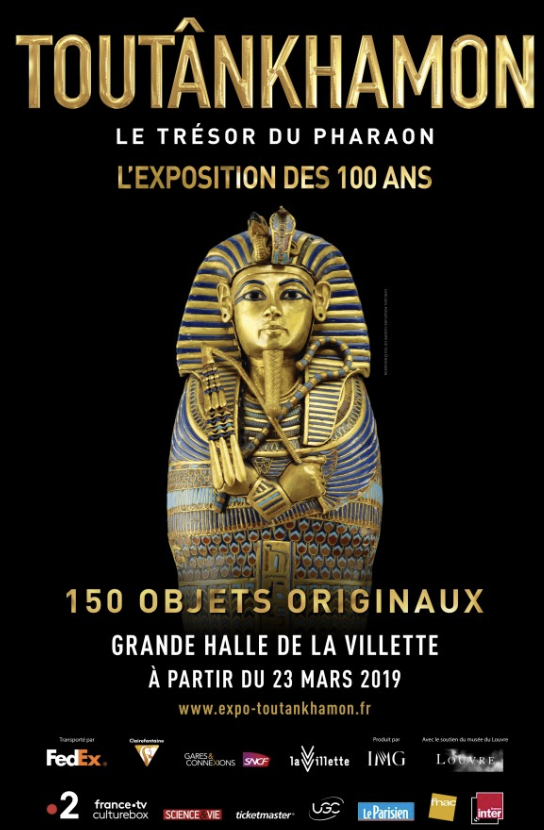 Visitors of the Grande Halle de la Villette will travel to the time of the pyramids through this exhibition presenting a part of the exceptional treasure of the pharaoh, many of whose pieces have never crossed the Egyptian borders. 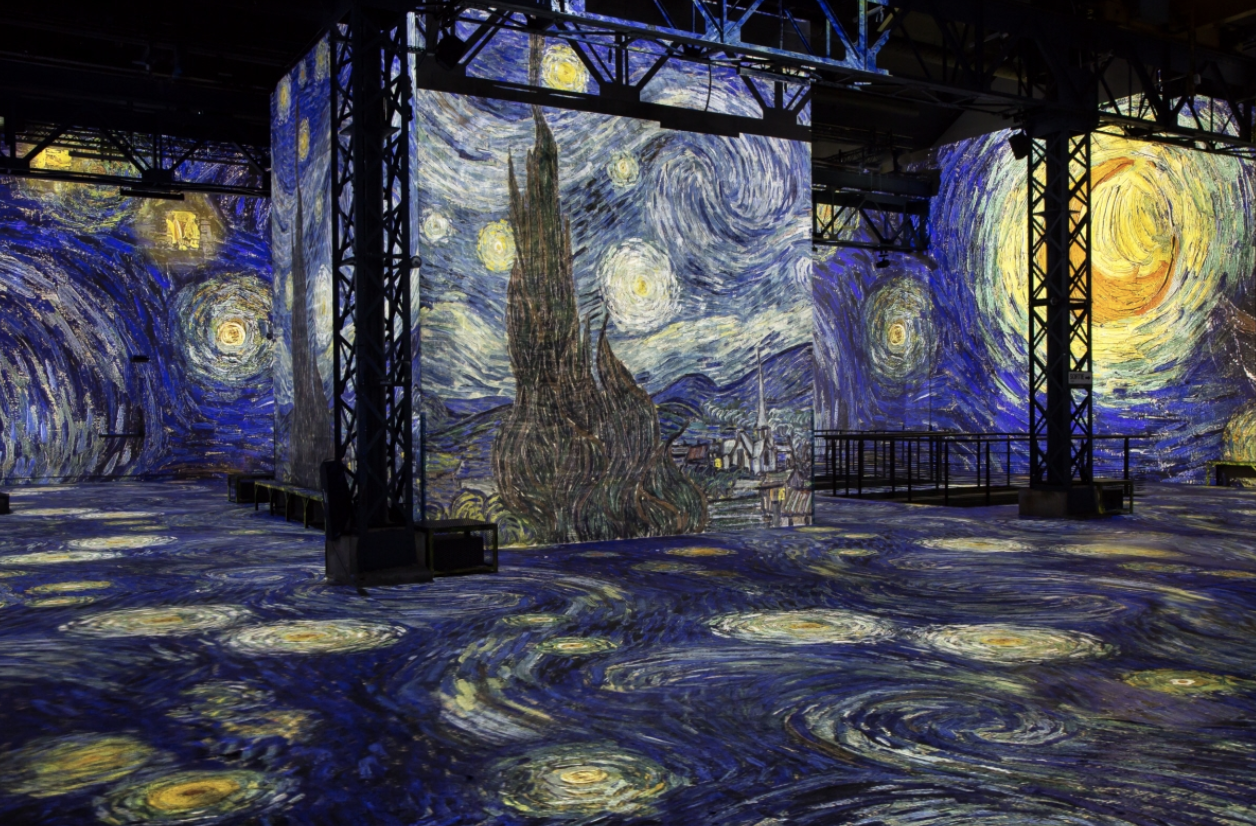 The new digital exhibition in the Atelier des Lumières immerses visitors in the paintings of Vincent van Gogh (1853–1890), a genius who was not recognised during his lifetime and who transformed painting. Projected on all the surface of the Atelier, this new visual and musical production retraces the intense life of the artist, who, during the last ten years of his life, painted more than 2,000 pictures, which are now in collections around the world. 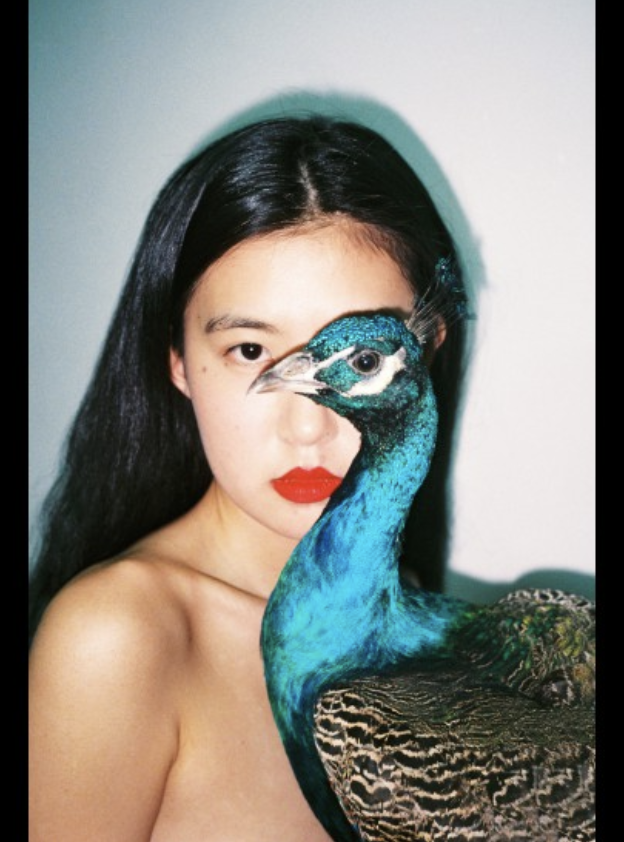 Consisting of 150 portraits, landscapes and nudes, the exhibition "Love, Ren Hang" offers a light and poetic look at the work of the young Chinese artist.